If the drainfield for your septic tank system becomes clogged or develops leaks, it can have a large impact on the performance of your plumbing system. Due to the fact that the drainfield is buried, it can be difficult for people to notice when there are problems developing with their system.

Here are some ways to tell if you need septic tank drainfield repair.

The Interior Drains In The Home Slowing Or Having Foul Odors

If the interior drains in your home start to slow or have foul odors coming from them, this could be a potential indication that there is a serious clog in the drainfield. If the drainfield is severely clogged, the water from the septic system may not be able to exit the system. As a result, wastewater can become backed up throughout the system.

Large Standing Puddles Of Water Near The Drainfield

Standing water in the area where the drainfield is located can be another common indication of a significant problem with the system. Ruptures can be a common reason for these standing puddles to form. However, it can also occur if there is a large clog in the system. When one portion of the drainfield is severely clogged, it can force excessive amounts of water through the functioning drains. Unfortunately, this may exceed the ability of the soil to drain the wastewater, which can lead to a puddle forming on the surface of the soil. In addition to there being standing water in these areas, you may also notice an increase in foul odors due to the water pool near the surface of the soil.

An issue with the drainfield could have an impact on the plants that are growing in the area. This is an issue that will often be overlooked by homeowners, but it is often an early indication of a developing problem. For example, the excess water in these areas could lead to root problems for these plants. However, if the leak in the drainfield line is relatively small, the plants may actually grow more quickly and be a brighter shade of green. Fortunately, these issues can make it easier for a contractor to locate the source of the problem with the drain line, which may limit the amount of excavation work that will have to be done in order to repair the line. While these issues may cause you to assume it is not urgent to repair the line, it should be noted that even minor issues with the drainfield line can rapidly row into serious problems with little warning. 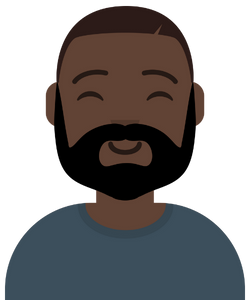 Those who build things and repair things for a living are often referred to as contractors. This may seem like an odd term, but it traces back to the fact that these folks work on a contract-by-contract basis. First, they may work under a contract associated with your home. Then, they may take on another client under a new contract. Plumbers, HVAC repair teams, builders, painters — they are all contractors in some way. Construction workers are also contractors. We encourage you to read and learn more about their professions and what they involve here on this blog, where we'll post often.